Stopping by CitiField on a Snowy Evening 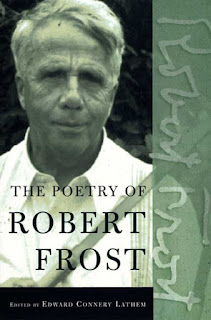 Every now and again something occurs in my life that makes me either shake my head or want to shake someone else’s head—often violently -- with the fleeting hope that doing so would magically scramble and reset their questionable thought process without causing any long term damage.  Sometimes I even resort to utilizing Mr. Tyzik’s tactic, gleefully taking out my frustration on those “flatheads”.  Using forced perspective to pinch the heads off of your adversaries may get you some odd looks my friends but don’t knock it ‘till you try it.  Its inherent cathartic qualities can do wonders.  Don’t get me wrong, I’m not really ready for anger management classes, yet.   I’m lucky enough to say that just being with my 2 ½ year old daughter has done more to put my life into perspective than anything The Kids in the Hall ever had to offer.  She has the light switch to my heart this little kid.

Now that she’s getting older and more aware of the world around her, I’m able to share more of what I enjoy with her and see how she reacts to understanding it.  This is her second season watching, rooting and generally hanging out with me as I go through the emotional roller coaster that is being a Met fan.  Of course this is something I always imagined doing ever since I could remember watching the Mets with my father as a child.  It’s more than just a rite of passage or bonding.  To me, I’m imprinting memories of our time together that I hope she’ll keep with her for all the days of her life.  I guess the older I become, the more cognizant I am that this gift that is life isn’t guaranteed by age.  My father wasn’t even 50 when he passed.  There’s just so much that I want to show her, teach her, and experience with my daughter that sometimes I have to be mindful not to overcompensate, she is just a 2 ½ year old and I do plan on sticking around for a while, God willing.

One of the characteristics she seems to share with me is a love of reading.  Granted she goes from Elmo to Mickey to Dora the Explorer in a matter of minutes – her attention span is fickle-- then again so is mine and I’m old so who am I to complain.  I’m trying to get into the habit of reading to her.  In fact I’ve already lined up the books that I want to read to her as she gets older.  Of course there will have to be the classics but I wouldn’t be a proper parent to a young and becoming Met fan if I didn’t find a way to sneak in Faith and Fear in Flushing or Total Mets in there, maybe even The Bad Guys Won just to keep it fresh and edgy.  Don’t worry I’d censor anything that came out of Dykstra’s mouth—including the chaw.  But there’s one genre of literature that I’m going to introduce to her not because it was one of my favorites.  In fact it was my least favorite form of writing because I found it so difficult to interpret – the world of poetry was never kind to me.  But there were always exceptions.

I was never really attracted to poetry growing up.  It wasn’t until I was in college and was lucky enough to have a professor, Mr. Chauncey G. Parker, who taught English Literature.  Mr. Parker was quite the interesting cat.  For one, he worked in the Lyndon Johnson administration and if I recall, he did some work for the United Nations as well.  We would get into some really interesting arguments regarding policy and politics in general.  We really didn’t agree on a lot but he was an amazing professor; never trying to indoctrinate as so many do in academia these days.  He was a bona fide Renaissance Man.  He wrote a novel, The Visitor, a crazy psychological horror about a man who becomes obsessed with a rodent that has overrun his upscale New York brownstone.  His novel was later turned into a film starring Peter Weller, Robocop himself.  Hey don’t laugh; I’m pretty sure there aren’t many of us that can boast that on our resumes.  But Mr. Parker in his best Northeastern, Hyannis Port, Bostonian voice, explained to me the amazing talent that was Robert Frost.

Robert Frost is one of America’s most popular and storied poets of the 20th century.  His works have been studied over by students and scholars alike.  Some of his classic works include The Pasture (1913), Mountain Interval (1916) and the beginnings of New Hampshire: A poem with Notes and Grace Notes (1923), which contained “Fire and Ice”, and my favorite, “Stopping by Woods on a Snowy Evening”, his masterwork.  It was that poem which reminded me of why I’m a Met fan.  I know what you’re thinking, how in God’s name does a Frost poem translate into something relatable to a Met fan?  Well first off here’s the poem:

Stopping By Woods on a Snowy Evening
Whose woods these are I think I know.
His house is in the village though;
He will not see me stopping here
To watch his woods fill up with snow.

My little horse must think it queer
To stop without a farmhouse near
Between the woods and frozen lake
The darkest evening of the year.

He gives his harness bells a shake
To ask if there is some mistake.
The only other sound's the sweep
Of easy wind and downy flake.

Frost wrote this poem supposedly in an evening sitting and during a time of great personal frustration—something Met fans can easily sympathize with.  Practically our entire history has been wrought with frustration on some level.  Like all poetry, it’s subject to one’s own interpretation; Frost’s Snowy Evening is no exception.  The woods, to some, describe the edge of civilization.  To me the Met fan it describes the team.  They are equally irrational and yet garner consistent support.  It’s those qualities that attract us as fans and what attracts readers to the woods.  They are restful, seductive, lovely and dark…like oblivion.  Also like our team, at times.  The woods can represent madness, the looming irrational and of course also beauty.

The owner of the woods (us and not Wilpon) –lives in this village – and travels there on the darkest day of the year.  Perhaps this an alliteration of how we’ve stuck by this team even during their most dire and desperate times?  It’s the basic conflict in the poem, which is resolved in the last stanza.  What attracts us to the woods and what force (responsibility, frustration, and exacerbation?) pushes us away from the woods occasionally?  This is the division between the village (the fans) and the woods (the Mets).  It’s not as if the woods are particularly frightening or wicked, yet they still posses the seeds of the irrational, just waiting to prey on our emotions.

The woods, as much as it draws us in, consistently finds ways to repel us, drawing us away.  “Society” in baseball terms could be translated into “the experts” –always pointing out the negative and condemning us from staying here in the dark, in the snow—why would we care for such a flawed team?  With the last two lines, “And miles to go before I sleep” being repeated.  Is it a forewarning?  Are we masochists for this team of ours; do we have some sort of death wish?  Or do we take it as Frost did that he had many good years of poetry still left in him and that we still have many more years of torture…I mean love for our team?  Damn, poetry can be annoying.

Unlike the majority who see the darkness in this poem, I take the positive from it.  I don’t try to dwell on the flaws this team of ours have.  We know it as well as a geneticist knows what composes DNA.  The Mets are in our DNA, it’s who we are, for better or worse and as long as there’s a hope for the future –and there almost always is even in our team’s darkest days—we stand true.  We argue we root, we hem and haw.  We sometimes take it too far and retract, remembering our roots.  But we come.  Every Spring, we come.

Somewhere, I hope Chauncey G. Parker III Is smiling.  Smiling that I’m willingly passing down to a new generation – a new set of tortures—and enjoying every bit of it. 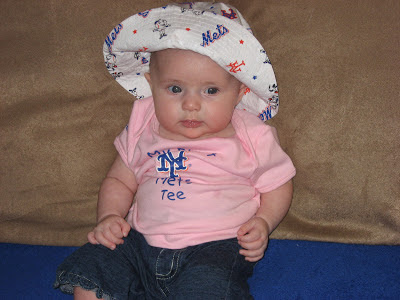 Posted by The Spector Sector at 7:56 PM No comments: