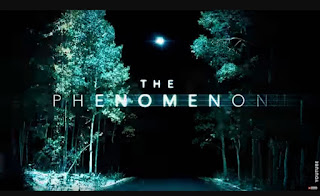 I happen to love reading biographies and watching documentaries.  I get that partly from my mother who would always have a celebrity biography at the ready everywhere around the house growing up.  I remember reading the life stories of Clark Gable, Charlton Heston, Natalie Wood to Albert Einstein. In between the biographies, my grandfather would find just about anything and everything on TV that was related to World War II and record it. This was way before the History channel and others like it even existed.

I could swear that my grandfather’s VHS collection could rival that of the National Archives; it was so rich with historical documentaries.  I knew more about Generals Rommel and George S. Patton than most adults let alone preteens.  While my friends were fancying themselves as characters in the Breakfast Club, I was learning how General MacArthur and Field Marshall Montgomery were bringing the Axis to its knees. I know, I know. If I wasn’t the cool kid then who was, right?

Well I was raised in a conservative Catholic household.  Did the whole Catholic school bit right up to but not including high school.  I broke free at that point.  I had all my sacraments, minus the obvious exceptions. I was an alternate alter-boy which as I look back I realize I was like a utility player on a baseball team; only go to him when you have nobody else left on the bench. But that was fine. It got me out of class even if I didn’t have a clue with what I was doing.

I say this to preface that years ago, and by years I’m 46 now, when I was at least 15 years old, I saw an interview on TV of a mysterious man whose identity was kept secret but later was revealed to be physicist Bob Lazar. He claimed to work at this super secret government base known as S4 which was part of this larger secret military base he called Area 51, out in Nevada, reverse engineering - wait for it- EXTRATERRESTRIAL spacecraft.

Ok so to a 15-year-old who was raised on films like Close Encounters of the Third Kind, E.T. and Star Wars, this was absolutely mind-blowing. A legitimate news report of us, the U.S. Government, in possession of an alien spacecraft, holy shit! Of course nobody in their right mind thought it was true other than the interviewing journalist George Knapp of KLAS-TV in Las Vegas. Most thought that Lazar was probably some crackpot who was just looking for his 15 minutes of fame.  But I believed him. Maybe it was my naïveté but I did and little did that 15-year-old starry eyed boy know that some 30 plus years later, Bob Lazar’s story was far more truthful than most of what our nation’s government has ever voluntarily revealed to the public regarding unidentified flying objects.

Over the years I would read the works of Drs. Jaques Vallee and J. Allen Hynek.  Vallee, a French born astronomer and computer scientist credited with creating a network information center known as ARPANET, essentially a precursor to the modern day internet, later became one of the most prevailing researchers on unidentified flying objects. Hynek, a professor of Astronomy who assisted the U.S. Air Force research bodies such as Project Sign, Project Grudge and the most infamous, Project Blue Book, which cataloged thousands of unexplained phenomena dubbed UFOs at the time.

Hynek was originally tasked by his military superiors/handlers to be the scientific advisor to Project Blue Book, but he became more like the resident de-bunker of the UFO myth, using his stellar credentials as a vehicle to downplay the validity of most of the Bluebook cases and of the UFO subject as a whole. To a point it actually worked but even Dr. Hynek would later realize that there were far too many credible accounts that couldn’t be easily written off as swamp gas or a drunk country bumpkin on a Saturday night staring up and seeing Venus, mistaking it for a UFO. Thus, in 1969, the U.S. Air Force closed Project Bluebook and deemed that we were quite alone in the universe and those few unexplained cases were just that, unexplained, but not UFOs and certainly nothing extraterrestrial.  Move along. Move along.

So as I devoured everything on this topic I realized that when I decided to jump down the rabbit hole of ufology, there was a good chance I’d find a ton of whack jobs and bullshit artists. Needless to say I did and there are. I was always focused on the works of Vallee with his seminal book written in 1969, Passport to Magonia, being the holy grail of the subject of ufology. But still, the stigma attached to the study always outweighed ever broaching the subject with anyone, at least for me.

My family knew I always had my head in the clouds and practically into the stars. Hell one day on a summer night my grandfather and I saw what we thought was a UFO.  So what did we do and by we I mean what did I do? I grabbed dad’s car keys and gramps and I drove after it, literally.  As we got closer, our “UFO” turned out to be just a blimp using new LED tech on its outer skin.  Yeah, so here was this 16-year-old and a 60-something year-old pulling a Roy Neary and driving off to catch a UFO. Good times. Damn you Spielberg!

I never told many people that story but when I have you can imagine the looks I get. Hey, I don’t blame them. Let’s face it, the government, the media, Hollywood, and academia have had a hand in marginalizing this subject so much so that anyone with a legitimate story, not an overeager kid chasing a Goodyear blimp with his grandpa, but legitimate unexplained sightings and encounters, have been lumped in with the crackpots and kooks and charlatans. Even today, 31 years after Bob Lazar made his controversial, revolutionary admission cloaked in the Nevada desert, those who “believe” no longer refer to unidentified flying objects as UFOs, now they’re referred to as UAPs, unidentified aerial phenomenons. But that wasn’t done at the hands of the UFO community, no, that was the United States government that made that new distinction.

Around 2010 to 2011, the nomenclature of UFOs suddenly took on a new moniker, the UAP, the unidentified aerial phenomenon.  Veteran journalist Leslie Kean wrote a book in 2010 UFOs: Generals, Pilots, and Government Officials Go on the Record. Suddenly the ufology movement had what some might call a legitimate mainstream journalist advocating that what people were seeing were in fact, real. Kean asks her readers to consider that such sightings represent “a solid, physical phenomenon that appears to be under intelligent control and is capable of speeds, maneuverability, and luminosity beyond current known technology,” that the “government routinely ignores UFOs and, when pressed, issues false explanations,” and that the “hypothesis that UFOs are of extraterrestrial or interdimensional origin is a rational one and must be taken into account.”  HOLY SHIT INDEED. Leslie Kean, investigative journalist who writes for the New York Times.  Now I couldn't care less what you may think of the New York Times.  It’s not without its faults to say the least but for a writer whose byline is found at the Times, this validation is historic.

Fast-forward to April 27th 2020, the year of COVID-19, has also turned out to be the year that the United States Defense Department openly admitted and released videos showing American military pilots encountering UAPs. Granted one took place in 2004 and the other two took place in 2015.  Some videos were circulating around the internet as far back as 2007 and 2017. Yet the U.S. government finally admitted that what people saw, what our soldiers saw, was and is still unexplained.

If this doesn’t peak your curiosity then I don’t think anything will, well perhaps except for a documentary that was released October 6th of this year, The Phenomenon by filmmaker James Fox.  First I have to say to those of you who have been knee-deep in this world of the Phenomenon, this film, as glorious as it is, was not meant for you, for us.  This is a masterfully crafted film designed to bring what is clearly the most important story in the history of mankind to those who are clueless or who have been conditioned to have no clue regarding the Phenomenon.  James Fox takes you on a detailed chronological history of it and does so without trying to browbeat the audience into submission.

When I reflect on the absolute craziness of 2020, I’m being gentle by calling it merely crazy. To say that our government practically admitted to a possible alien presence on this Earth and for it to NOT have made front page news, shows you what a year 2020 has been and to think we still have two more months to go. This topic has finally come out of the shadows and into the light. It can be spoken about far more freely and without abject ridicule. It poses many questions, some that are deeply personal.  It questions our view of the world, science, our government, our place in the hierarchy of this world. It makes you question religion and for someone like myself raised and still a practicing Catholic, it can be profound when you begin to look down that rabbit hole.

My advice, go watch The Phenomenon by James Fox.  If you've ever thought about this subject but were afraid to ask questions or find yourself suddenly seen as ready for the Cuckoo's Nest, let this film be your jumping off point.  There are many branches to the Phenomenon tree out there.  Some are thought inspiring and some are unsettling and some are downright ridiculous.  Always judge the material by the source, it's vital. You have to leave your personal dogma (religious and political) at the door if you want to be open to what the possibilities are.  I won’t delve into all of them here, I’ll leave that for another time.  Be unafraid, but trust me, you will never see the world around you quite the same ever again.  James Fox has given you the option of taking the blue pill.  It’s up to you to take it, or not.