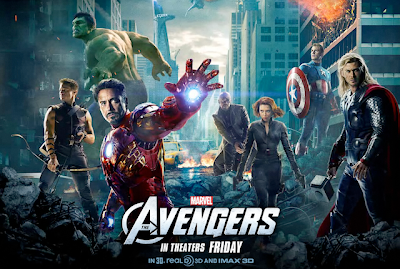 The year was 1975.  Yours truly was still in diapers here.  Gerald Ford replaced the disgraced Richard Nixon as President of the United States.  Disco was in its prime.  And a young director by the name of Steven Spielberg forever changed the film industry and ushered in what we’ve come to know as the summer movie blockbuster when his film Jaws premiered June 20th, eventually earning over 2 billion dollars (inflation adjusted) worldwide.

Everything from the iconic Star Wars to the utter failure of Waterworld, Hollywood saves its best and occasionally its worst and definitely their most expensive productions for the summer release.  With the kids out of school, it’s hard to question that strategy; in fact, this summer can easily be considered one of the most anticipated in recent time.

Over the next few months audiences will be glued to their seats as Ridley Scott returns to the Alien franchise when his film Prometheus debuts on June 8th.  The Fourth of July weekend will mark the big screen return of Peter Parker as Sony Pictures somehow deemed it necessary to reboot The Amazing Spider-Man. Christopher Nolan will complete his Batman trilogy on July 20th with the release of The Dark Knight Rises.  And Marvel studios, after four years of preparing audiences with films such as Iron Man, The Incredible Hulk, Thor and Captain America, assigned writer/director Joss Whedon with the daunting task of assembling those main characters for The Avengers which hits theaters this weekend.

Let me be clear, this movie will summon the uber-geek out of anyone, including the most starched buttoned down personalities.  There was a time when Marvel really didn’t have all these ships in line but they’ve seriously moved on from that.  Whedon is a self-described fanboy who knows what he wants to achieve with these characters.  He totally understands the archetypes these characters represent and more importantly, he knows how to build upon them.  It’s definitely a great time to be comic geek as the visual technology has finally caught up to the imagination, making the ruminations of Stan Lee and Jack Kirby that much more of a reality.

Admittedly I was always more of a DC fan than Marvel.  DC being the home of Superman, Batman and the Justice League were always viewed as having the more fanciful of characters whilst Marvel was lauded for being far more rooted in reality, having main characters with more relatable flaws.  One thing is certain, Marvel has been able to translate their vision onto the big screen with much greater success than anything DC has done so far even with the success of Nolan’s Batman films.  Ironically the Marvel vision hasn’t taken on the same dark tones as seen with Nolan’s Batman films, go figure.

The Avengers is visually stunning, and that’s without seeing it in 3D, sorry I’m not a fan of that medium.  It begins on another planet where Loki and an unknown ally of his (you’ll find out later if you stay after the credits) are discussing enslaving Earth – yes I know shocking. If you’re going to enjoy these films you have to suspend disbelief at least for 2 hours. From there the team begins to assemble with each main character given their just-due screen time.

At times it seems the script could have been tightened in the first Act, especially with the sub-plots each of the characters brings to the film.  Let’s face it; Scarlett Johannson’s Black Widow is visual eye candy here but Whedon does his best to give her character some justice.  Unfortunately I thought the various sub plots took away from the main conflict of the story which by the end of the second half kicks into high gear.

Whedon captures actions scenes in a way that should make Michael Bay green with Hulk envy.  Once the film hits its stride at about an hour in, prepare to envision Michael Bay peeing himself from both joy and utter shame as Joss Whedon flicks on the badass switch with Samuel L. Jackson-esque directorial swagger.  He’s able to do what Bay never seem to be able to do, which is to make you give a rat’s ass about his characters while creating visually jaw dropping action scenes.  Whedon brings his personal style of dialogue, which if you were ever a fan of Buffy, was witty bordering on smartass, a style I happen to love as it brings a real texture to these larger than life characters.  Sometimes it did get too convoluted and Banner's at times did seem a bit forced, as if he was shocked to be there.  Umm hello.

You’ll find Robert Downey Jr’s lines absolutely spot on.  Tony Stark is the antithesis to Chris Evans’ Captain America, who’s lines border on becoming too earnest.  But Joss Whedon makes it work.  Loki played by Tom Hiddleston, is just slimy enough without becoming a caricature.  You'll love how he meets his fate towards the end of the film and who brings it to him.  That was a gem. And even though technically he appears in the 3rd Act when it all hits the fan, you will be shocked to know which character steals this movie in a – hint - smashing way.  All I can say is, Ed Norton you silly silly man you. What were you thinking?

Overall it’s hard not to enjoy this film.  It delivers on what Marvel Studios has had in mind over the span of over 4 movies and then some.  Hopefully the executives at DC are taking detailed notes on this and perhaps over the next few years we’ll be seeing the same treatment given to their franchise stars as well. Man of Steel, the latest Superman reboot from 300 director Zack Snyder, is due to hit theaters next summer.

My few nit picking problems with the film were the inclusion of Loki’s army called the Chitauri.  Basically they were to the Avengers as what the Droid armies in the Star Wars prequels were.  Slightly annoying, undefined, and purposeless other than for something for the heroes to beat the ever-loving snot out of, these CGI creatures did little other than that.  It would have been nice to know what their motivation was.  But it’s a minor flaw in the grand scheme of things.

Overall, The Avengers delivers on what a blockbuster summer action movie should be hands down.  I’ll try not to skip in the parking lot on the way back to the car.  Bad enough my wife is pretending she doesn’t know me tonight.

The Sector gives The Avengers 3 out of 4 stars.
Posted by The Spector Sector at 9:05 AM