Not to come across as an 80 year old curmudgeon, but I’m absolutely sick of seeing and hearing and dealing with people who feel so immeasurably entitled.  Very few things can get under my skin with this being a huge exception.  I work with the public and I see this disease of uber self-importance in the raw.  The effects seem to be indiscriminate.  Young, old, rich, or poor, the entitled seem to be outnumbering the humble, the grateful, en mass. 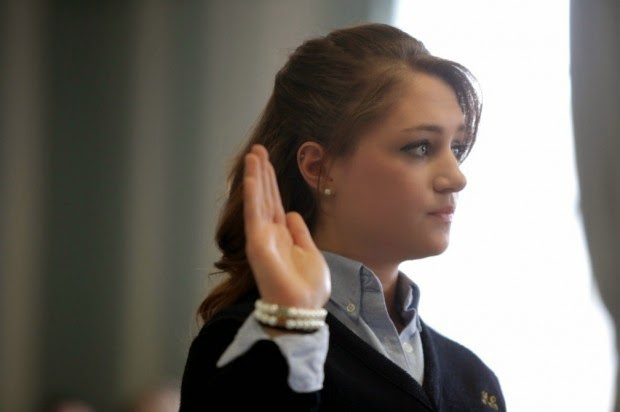 Case in point, here you have this high school student, Rachel Canning.  It seems the 18 year old has decided to sue her parents, Sean and Elizabeth Canning of , why – to force them to pay her private high school and college tuition fees.  Fee’s that her parents decided that they wouldn’t pay because of their daughter’s lack of adhering to house rules such as curfews and chores.  I know what you’re thinking – oh, the oppression.

To add insult it seems that Miss Canning according to court documents said,

"My parents simply will not help me any longer. They want nothing to do with me and refuse to even help me financially outside the home although they certainly have the ability to do so…I am unable to support myself and provide for my food, shelter, clothing, transportation and education."

If my grandmother were alive today she would say this girl has more nerve than veal cutlet.  Remember, she chose to leave home and still has the gaul to think that it’s normal to sue her parents because you know, that’s what the cool kids do today.  Sure I would love to reach out and slap this spoiled, entitled little snot but that would be wrong; utterly satisfying, but wrong.  Besides I’d rather slap her parents so I really don’t blame her.  I blame her parents mostly because they raised this gem but given the climate kids are raised in today, what chance do they have?

We’ve become a bloated entitlement nation.  Everyone wants something for nothing and if they can’t get it, they demand it, they sue for it, they vote for the one who’s willing to give it to them for free.  Hell, people used to just blame their parents for their woes and bitch about it to a therapist and later turn it into a book or a crappy Lifetime TV movie.  But it seems bitching and complaining just isn’t enough, now it’s time to level the playing field or right the wrongs the haves have placed on the downtrodden have-nots.

The story keeps evolving with a report that the teen set up a Facebook page excoriating baby boomers saying,

“I have been stunned by the financial greed of modern parents who are more concerned with retiring into some fantasy world rather than provide for their children’s college and young adult years,” 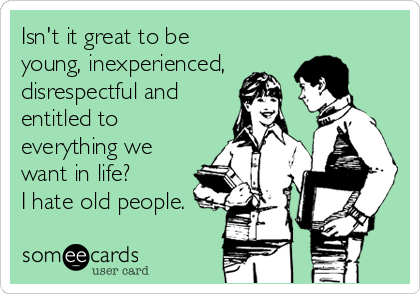 You gotta give this girl credit for having a pair of steel cojones that’s for sure.  But I’m surprised at the backlash she’s getting since she’s only representing the embodiment of the repressed, no?  I mean where’s Sandra Fluke?  She should be all over this not to mention the media should be lapping this story up as it fits in directly with their agenda of exposing those greedy, mean and rich suburbanites.  Of course I say that tongue in cheek since I bet the media views this as a “dog eats dog” story thus the reason why they've pretty much sat this one out.

So tell me, is any of this starting to sound familiar?  How about this, “We live in a time of a tale of two cities.”  Does that ring a bell?  If you're living in the tri-state area it should.  Try then mayoral candidate, Bill DeBlasio’s campaign theme.  It was a classic “us versus them” class warfare campaign and the funny part was he acted as if New Yorkers were living under the radical thumb of some far right wing dictator.  Michael Bloomberg’s policies were to the far right as to what Kim Kardashian’s high school transcripts were to Mensa.  Sorry I don’t know who should be more offended, Kim Kardashian or Mensa.  Let’s call it a draw.

Of course DeBlasio isn’t the only pol pretending to be Robin Hood.  President Obama and his administration pretty much embody the Robin Hood persona especially having sold affordable health care reform as just that, affordable. Given what we know now it’s hardly affordable, but hey like the president says, cut the iPhone and cable bills or spoil the children.

As someone who sees’s on a daily basis the foolish spending habits of the greater public, I can kind of relate to what the Prez is saying. However apparently unlike the President, I understand I have no business telling someone how they should spend their own money.

It kill’s me to hear the President lecture us about having fiscal self-control in order to fund his bloated fiscally out of control mess that is Obamacare. It’s like a junkie being lectured to by Lindsay Lohan on the virtues of sobriety.  I guess it’s fine to pick and choose when you want to demean the entitlement culture, especially if you’re still trying to sell your pet entitlement project and need all the help you can get.  I assume he’s never heard of the saying, “If you’re [still] explaining, you’re losing.” 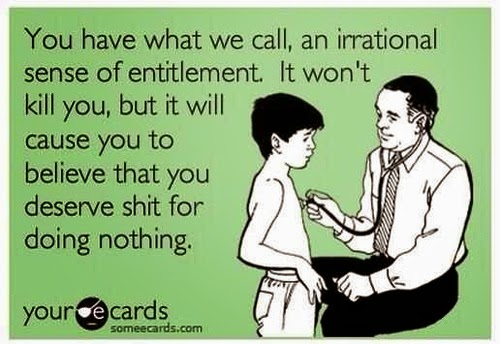 You have to know that things are pretty bad when Ashton Kutcher sounds more inspiring than our elected officials.  Yes, that Ashton Kutcher who gave a speech at the Teen Choice Awards where he was given a lifetime achievement award.  First off I know what you’re thinking, a lifetime achievement award..........for Ashton Kutcher?  I’m sure Keith Richards has old joint wrappers lying around older than Kutcher.  Be that as it may it was his acceptance speech that really made national headlines.  He spoke on the importance of hard work, perseverance and how the entitlement mentality is holding back an entire generation.

Kutcher a few months later was a guest on the Ellen DeGeneres show and said this:

“There’s an entitlement that’s starting to emerge that I think is unhealthy for people and unhealthy for a country.  I talked to some of my friends and they don’t want to get a job at Starbucks ... because they feel like it’s below them. Well, I think the only thing that can be below you is to not have a job.  Go work until you can go get the job that you want to have. I’m really lucky I get to work with a lot of entrepreneurs that are building some of the coolest new stuff in the world. And you know these guys and girls work really hard and put in the hours and they are generous and care about other people and it’s what led to their success.”


Another anomaly out of Hollywood is Rob Lowe, who coming off his portrayal of President John F. Kennedy in the NatGeo film adaptation of the Bill O’Reilly book Killing Kennedy said this:

“My own worldview is that the individual needs to be more responsible for their own lives, and that’s not the conversation we’re having right now, for whatever reason.”


Lowe is right but it’s the “for whatever reason” that we need to be focusing on but I guess it takes baby steps.  Granted those are just two extremely rare faces in a sea of pretty but mostly surgically enhanced faces in La La Land.  But who would have thought that this kind of rationale exists in that world?  Hope springs eternal.

I’m going to leave you with this video.  It pretty much encapsulates everything about our culture today.  The video was taken at an exhibition baseball game in when a young boy was eagerly waiting for the ball boy to toss him a foul ball.  Instead he tossed it to another child.  Here’s the result and when you start feeling remorse after you have a primal urge to slap the shiznet out of this kid, take a deep breath...wait about ten seconds... and stick with your gut.


Posted by The Spector Sector at 9:00 AM