To Leave Or Not To Leave...That Is The Question 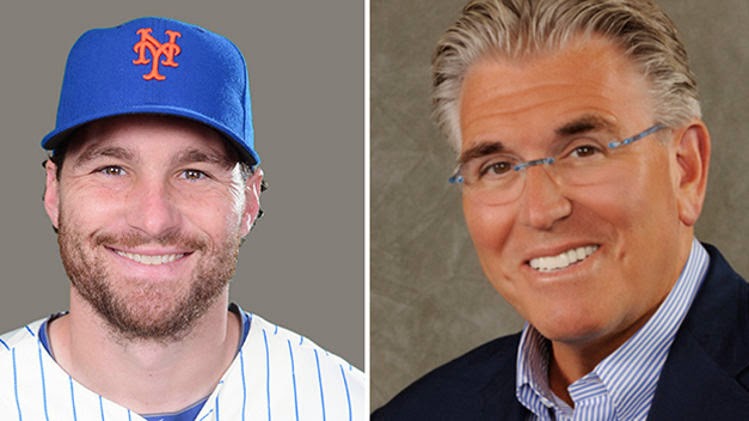 A furor is raging over the New York sports wire regarding of all things, paternity leave and its effect on Major League Baseball and its players.  I’m not making this stuff up I swear.  The fire began when New York Mets second baseman, Daniel Murphy, was excused from the first two games of the season so he could be at his wife’s side for the birth of their son.  Not everyone apparently thinks a father, especially one that’s a professional athlete, should be taking time off for such inconsequential things.

Longtime radio personality and notorious thorn in Mets fans side, Mike Francesa, went on an anti-paternity leave rant the other day on his WFAN radio show.  Calling the situation a “scam” and a “gimmick” it leaves one to wonder what life in the Francesa home was like in his or his kid’s formative years?  Since he’s gone on record calling what Murphy did as being a “scam” and a “gimmick”, I would be remised not to point out that Francesa’s own father abandoned his family when Mike was just 8 years old.  So I guess being a cold hearted prick must be one of those passed down family traditions, kind of like Sunday gravy.

Even Boomer Esiason on his radio show, “Boomer and Carton” weighed in on the situation with this sage nugget of wisdom while acknowledging that Murphy has a legal right to miss work: 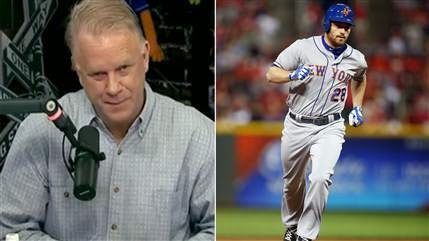 "Quite frankly I woulda said C-section before the season starts, I need to be at Opening Day.
I'm sorry."


Eat your heart out Marcus Welby.  Well there you have it ladies, and from the mouth of the guy who’s put more thought into this than anything he did in all the years he was quarterbacking the Jets.  But wait, Dr. Esaison continued:

"This is what makes our money, this is how we're gonna live our life. This is gonna give my child every opportunity to be a success in life. I'll be able to afford any college I wanna send my kid to because I'm a baseball player."


Yes so true Boomer because you know that taking 2 precious days to see an event that should be more important than anything you’ve ever accomplished on the gridiron is simply pushing the envelope of rationale.  What’s next? Are we going to give NFL players who are convicted felons the right to keep earning millions?  Stop the madness!

You know you would think that Esaison would have a bit more empathy considering the great work he’s done with his Foundation that funds research for cystic fibrosis, a disease of the respiratory and digestive systems that affects his own son, Gunnar.

I could see if Murphy was asking for 6 weeks leave, as is normally the case with maternity leave.  But the team policy is 3 days max for paternity leave.  All of this outrage coming from a sport where players miss weeks and months on end when they pull a muscle – 2 days for the birth of your child – heracy!

This phony machismo attitude by these radio personalities and ex-athletes doesn’t play well in this day and age.   I could almost hear Francesa say that Mickey Mantle wouldn’t ever do something like this.  Of course not but then again I wouldn’t put Mantle up as a father of the year candidate either.  Look I get the locker room, testosterone driven mentality where you rub dirt on an injury and you keep your mouth shut even if you probably shouldn’t be on the field playing.

Some people get drunk with success - wink wink – Franseca.  Why don’t you do us a favor and take a few days off yourself.  We could all use a break from this stupidity
Posted by The Spector Sector at 9:43 AM