What Is And Isn't Self-Defense 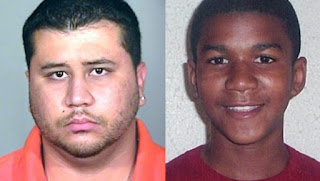 I can’t possibly imagine what it must be like to lose a child. I dread even the thought of it for no parent should ever outlive their children, ever. Being a parent, I feel deep empathy for the family of Treyvon Martin; the 17 year old Florida boy who was shot and killed over a month ago by George Zimmerman, in what Mr. Zimmerman has said was an act of self-defense. Mr. Zimmerman, a local neighborhood watch leader, called 911 about a suspicious person walking around his neighborhood. Something that he said was happening often. The suspicious person turned out to be Treyvon Martin who was visiting his girlfriend.

Zimmerman’s call to 911, which was one of many he had made since 2004 as a 47 page document released by the Sanford Florida Police showed if anything, the he was obsessed with law and order, so much so that many of the calls to 911 were for non-emergency related events such as seeing drivers without headlights on to potholes in the street. When Zimmerman called 911 regarding the suspicious person he decided to follow the person, something that the 911 operator said he should not do.

What ensued from that point is in dispute. According to George Zimmerman’s father there was a struggle initiated by Martin whom he says broke his son’s nose and beat his son’s head onto the pavement causing lacerations. It was then during that struggle that Zimmerman shot and killed Treyvon Martin.

The Treyvon Martin case is clearly becoming one of the most divisive this country has seen in recent years. But did it have to come to this? Was George Zimmerman within his rights for what he did? Or did his actions go well beyond what the Stand Your Ground Law allows?

There’s so much that went wrong with this situation right from the beginning. I can only hope that the investigation that has been underway and out of the public view, can insure that at the very least, justice will eventually prevail. But here in my opinion is what went wrong from the start.

Why did Sanford Police NOT place Zimmerman in protective custody, while investigators began piecing together what happened? If self-defense and the Stand Your Ground Law is the key factor here then the law states that a person may use deadly force in self-defense when there is reasonable belief of a threat, without an obligation to retreat first. In some cases, a person may use deadly force in public areas without a duty to retreat.

I’m not an attorney but nowhere in that law does it state that the person being threatened can PURSUE the threat, as Zimmerman did against the suggestion of the 911 operator. Therefore in my opinion, this connotes aggression on Zimmerman’s part. If Martin was armed and in pursuit of Zimmerman, then I would think Zimmerman would then be justified to defend himself?

Why is Al Sharpton there? Did he JUST read the name Zimmerman and assume “sounds white so he must be guilty” as is his normal modus operandi? Sorry but Al Sharpton sickens me to the core. He’s an ambulance chaser of the worst kind, a race-baiter who uses other’s misery to fatten his wallet and boost his ego. He stokes the flames of racial discontent that would make the likes of David Duke nod in approval.

Just because Sharpton’s vitriol is aimed at a different skin color doesn’t give him a pass. And the fact that the mainstream media looks to him as the voice of the African American community, just makes me shake my head. There's even a report that the Seminole County chapter of the NAACP has distanced themselves from Sharpton, stating that “escalating” an already inflamed situation is not something they agree with.

I give the NAACP credit. True leaders don’t govern by consensus, they are molders of consensus. The only consensus Al Sharpton seeks is how quickly his fees will be paid. By who doesn’t really matter to him. Make no mistake, when all is said and done with this case, and the lawsuits are filed, I wonder how much of a cut the good Reverend will be seeking.

Why is Treyvon Martin’s character even being brought up? There were reports regarding his high school record that made its way into the mainstream. This is totally irrelevant to what happened and it simply adds nothing of value. Its purpose is to plant seeds in the minds of potential jury members and it needs to stop. Trayvon Martin could have worn a tee shirt that said “I’m a gang member” and it wouldn’t justify being shot and killed for no reason. There is no reason anyone should be assailing this young man’s character and whoever is doing so should be brought forward.

Why are celebrities jumping on this case when no one knows for sure what happened yet? Is it for their deeply held beliefs or is it for cultural fashion? I understand the grief of what happened but to draw conclusions when an investigation is underway is foolish for anyone to do. Why would Spike Lee, who thought he discovered Mr. Zimmerman’s address, post the address on Twitter, only to later find out it was a mistake?

What good did he expect would come of doing that? Yes Zimmerman needs to come forward and hopefully he will have to by law enforcement but he shouldn’t be a target for vigilantes either. Spike Lee should have known better.

According to the Washington Post, NBC will be doing an internal investigation when they played the 911 recording on the Today Show and perhaps doctored the tape in this manner:

(Today Show version) Zimmerman: This guy looks like he’s up to no good. He looks black.

Here’s how the actual conversation took place according to the actual 911 tapes:

Zimmerman: This guy looks like he’s up to no good. Or he’s on drugs or something. It’s raining and he’s just walking around, looking about.

Dispatcher: OK, and this guy — is he black, white or Hispanic?

Really NBC? Is this what you’ve resorted to? Yeah that’s journalistic integrity. Let’s just pour more fuel on the fire it’s only ratings.

Because Zimmerman claimed he was acting in self-defense and cited Florida’s Stand Your Ground Law, advocates of gun control are slowly finding ways to interject their views. Now I happen to be a strong advocate of the 2nd amendment of the Constitution. But where I have to part ways with my friends are those who support conceal and carry laws. I work with the public and the last thing I want is to have someone who’s a step away from being Michael Douglas in Falling Down, approaching me with a question, not preferring my answer thus prompting Mr. Unhinged to pull out his Glock.

As much as I believe in the right to protect your home and those in it from any threat, to proactively go around acting like your Kurt Russell’s Wyatt Earp in Tombstone, doling out justice on your own terms isn’t what most Americans want. I’d much prefer you sticking with your Playstation thank you very much. I’ve worked with the public long enough to know that even though there are probably much fewer crazies (statistically) walking around than level headed mooks like me, I would rather not roll the dice on that one. Sometimes laws look much better on paper than in action.

What the hell has happened to common sense? Do we need laws that tell us that we can defend ourselves and that we SHOULDN’T pursue anyone in order to apprehend? Wasn’t there a time where we left that to the Police? Is it just me or do some people in this country need to be spoken to like children in order for them to understand the differences between right and wrong? There’s so much stupid to be spread around it makes one wish they were Mayan and looking forward to December 21, 2012.

As these reports drip out bit by bit, questioning Zimmerman’s honesty, Martin’s character, what remains is a family without their son, tortured with the unknown. If Zimmerman acted with reckless disregard, taking the law into his own hands and taking the life of a 17 year old boy because he “thought” he was suspicious, then justice needs be served. Otherwise the wheels of racial discontent which have already been set into motion, whether they are valid in this particular case or not, will only progress further, turning attention away from what matters most here. May God bless Trayvon Martin and his family. And may he also give patience and clarity to those desperately seeking revenge.
Posted by Unknown at 10:19 PM